Rowan and Citra take opposite stances on the morality of the Scythedom, putting them at odds, in the second novel of the chilling New York Times bestselling series from Neal Shusterman, author of the Unwind dystology.

Rowan has gone rogue, and has taken it upon himself to put the Scythedom through a trial by fire. Literally. In the year since Winter Conclave, he has gone off-grid, and has been striking out against corrupt scythes—not only in MidMerica, but across the entire continent. He is a dark folk hero now—“Scythe Lucifer”—a vigilante taking down corrupt scythes in flames.

Citra, now a junior scythe under Scythe Curie, sees the corruption and wants to help change it from the inside out, but is thwarted at every turn, and threatened by the “new order” scythes. Realizing she cannot do this alone—or even with the help of Scythe Curie and Faraday, she does the unthinkable, and risks being “deadish” so she can communicate with the Thunderhead—the only being on earth wise enough to solve the dire problems of a perfect world. But will it help solve those problems, or simply watch as perfection goes into decline?

This is the probably my favorite buddy read we did.  We both kept texting back and forth saying can you believe that?  OMG how did that happen?? At the end of this book I sent Danielle @ Books, Vertigo & Tea a text reading “I don’t know what to do with my life now that I finished it…”.  As per usual we did 5 questions with each other and a mini review.. I can’t guarantee there are no spoilers.  However we tried to make them as minimal as possible.

Danielle’s Questions to me…
1. In terms of growth (without spoilers) did you feel that Shusterman successfully expanded on existing characters? Where you satisfied with their progress?
YES!!  A thousand times yes, I cannot get enough of these characters…they are definitly evolving throughout this series.  There are things about these characters as they evolve that test them as Scythes and as humans.
2. There was increased focus  on a few scythes that while present in book one, are now a primary part of the plot. How did you feel about this development in events?
I felt it was very much needed, the focus on the new scythes gave us different points of view we didn’t have in book one.  We needed these view points for many aspects of book two.
3. Thunderhead gives us further insight into the actual Thunderhead and the purpose it serves. How did this effect your experience with the plot and characters?
It actually terrified me, I’m really trying not give away spoilers. So I think I’ll leave it at that…
4. Again, without spoilers, what felt significantly different when comparing your experience with Scythe & Thunderhead, if anything?
Scythe was the set up for all the emotional turmoil and plot twists of Thunderhead… uh did I spoil anything?
5. Were there any aspects of the book that you struggled with (good or bad)?
I don’t think there were any bad points for me.  The plot twists for me where hard to handle, some things happened that actually made me cry in this book.  I don’t want to give anything away…

My Questions to Danielle…

There were a few moments when I thought I had certain events figured out, but then Shusterman would successfully slip in at least one major element that would completely catch me off guard. Throughout the whole book, I can honestly (and happily) admit to only predicting one portion of the plot completely. I love the nonstop bends and turns Thunderhead takes the reader through! It made for an incredibly fast paced read.

2.       Since we both seemed to have favorites in the first book as far as characters, I was wondering if your favorite has changed???

My favoritism did waiver some. Maybe not completely shift, but character actions did have some influence on my pre-established feelings. I cannot elaborate without divulging spoilers though!

They were a welcomed addition and necessary. I had approached Thunderhead with a bit of apprehension in terms of trying to understand how Shusterman was going to expand on the existing story, but a large portion of that was addressed through the new characters. They provided a fantastic new layer of depth!

4.       These characters just keep evolving to more heights than I could imagine.  Which character do you think evolved the most?

I am inclined to say that that character development was pretty equal and well balanced throughout. I particularly enjoyed Citra’s growth, but each character’s evolution felt incredibly significant.

Are you kidding?! With that ending, how can you even ask? I need book three immediately!  I think that was one of the most intense endings I have ever encountered.

This little girls face describes me exactly while reading the book.  I’m really going to try and do this mini review without spoiling the book.

Okay so first of there are new characters in this book, and I feel that they definitly add to the dynamic of the book.  They are much needed for the plot to thicken and aren’t just thrown in willy nilly.  I have actually grown quite fond of one of them.

The characters that were in Scythe evolved in ways that I was and was not expecting.  I think I’m still rooting for who I was mainly rooting for in the first one.  Although lets be honest I’m team Citra/Rowan.

As discussed in the questions above there were some major plot twists that were not expected.  I’m not going to lie, I cried ALOT during this book, I also got really angry at some characters in this book. 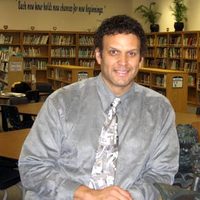 Award-winning author Neal Shusterman grew up in Brooklyn, New York, where he began writing at an early age. After spending his junior and senior years of high school at the American School of Mexico City, Neal went on to UC Irvine, where he made his mark on the UCI swim team, and wrote a successful humor column. Within a year of graduating, he had his first book deal, and was hired to write a movie script.

In the years since, Neal has made his mark as a successful novelist, screenwriter, and television writer. As a full-time writer, he claims to be his own hardest task-master, always at work creating new stories to tell. His books have received many awards from organizations such as the International Reading Association, and the American Library Association, as well as garnering a myriad of state and local awards across the country. Neal’s talents range from film directing (two short films he directed won him the coveted CINE Golden Eagle Awards) to writing music and stage plays – including book and lyrical contributions to “American Twistory,” which is currently playing in Boston. He has even tried his hand at creating Games, having developed three successful “How to Host a Mystery” game for teens, as well as seven “How to Host a Murder” games.

As a screen and TV writer, Neal has written for the “Goosebumps” and “Animorphs” TV series, and wrote the Disney Channel Original Movie “Pixel Perfect”. Currently Neal is adapting his novel Everlost as a feature film for Universal Studios.

Wherever Neal goes, he quickly earns a reputation as a storyteller and dynamic speaker. Much of his fiction is traceable back to stories he tells to large audiences of children and teenagers — such as his novel The Eyes of Kid Midas. As a speaker, Neal is in constant demand at schools and conferences. Degrees in both psychology and drama give Neal a unique approach to writing. Neal’s novels always deal with topics that appeal to adults as well as teens, weaving true-to-life characters into sensitive and riveting issues, and binding it all together with a unique and entertaining sense of humor.

Of Everlost, School Library Journal wrote: “Shusterman has reimagined what happens after death and questions power and the meaning of charity. While all this is going on, he has also managed to write a rip-roaring adventure…”

Of What Daddy Did, Voice of Youth Advocates wrote; “This is a compelling, spell-binding story… A stunning novel, impossible to put down once begun.

Of The Schwa Was Here, School Library Journal wrote: “Shusterman’s characters–reminiscent of those crafted by E. L. Konigsburg and Jerry Spinelli–are infused with the kind of controlled, precocious improbability that magically vivifies the finest children’s classics.

Of Scorpion Shards, Publisher’s Weekly wrote: “Shusterman takes an outlandish comic-book concept, and, through the sheer audacity and breadth of his imagination makes it stunningly believable. A spellbinder.”

And of The Eyes of Kid Midas, The Midwest Book Review wrote “This wins our vote as one of the best young-adult titles of the year” and was called “Inspired and hypnotically readable” by School Library Journal.

Neal Shusterman lives in Southern California with his children Brendan, Jarrod, Joelle, and Erin, who are a constant source of inspiration!