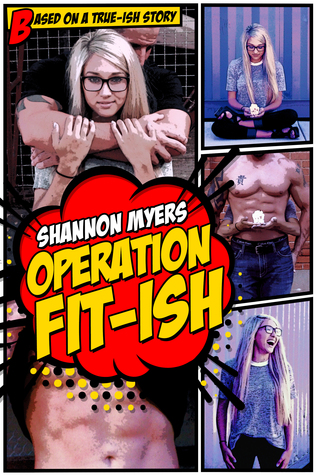 What’s a comic book nerd to do when she’s dumped by her not-quite-a-superhero fiancé just weeks before the wedding? Tempting as it is to drown her sorrows in ice-cream, Dakota decides that maybe she’ll keep that appointment with the personal trainer who was going to help her squeeze into her dress after all.

She soon realizes that while she’s not quite ready to ditch her Avengers T-shirt for a Spandex crop top just yet, being at the gym does have some perks. Like semi-stalking Zane, the cute blond guy who looks a lot like Thor…

But while Zane may not be a Norse god, he does have a secret. One that brings him closer to Dakota, and brings Dakota closer to danger.

Is Zane the superhero she’s been waiting for her whole life? Will he swoop in and save the day? Or is he the villain whose superpower is the ability to break her heart?

Operation Fit-ish is a full-length STANDALONE with no cliffhanger.

I thoroughly enjoyed this book, and not because the plot was something completely original but because this girl who is a complete down to earth comic book nerd loving, hurts herself every ten seconds kind of girl.  She was basically me in book form and I loved every second of it.  I wish I had half of her comic book collection and t-shirt collection.   Dakota related almost everything back to something Marvel or DC and I loved it.  I thoroughly enjoyed the comic book club.  She of course has more depth than just comic books and nerdiness she is a very intelligent young lady who is going to take charge of her life.  I love her no hold prisoner’s kind of attitude that she gets, and that she does stick with the gym routine.  Her banter with her sister is quite hilarious and I rather enjoyed it a little to much to be honest.

Zane was not a hard guy to picture since she referred to him as Thor in the beginning, but I loved their banter also right off the bat.  I wish that he would’ve stuck up for Dakota a little more at the start with her trainer I get why he didn’t but that’s okay.  I really wish we could’ve seen a little more emotion from him, we get a little bit but Zane is a little more stoic than most male characters I like, when he does let loose and banter it’s quite funny.

I think obviously Dakota has the most growth in this book which was really nice I like how she puts Zane through the wringer at the end.  There were some unexpected twists and turns with the drama mostly family related I wasn’t expecting.  I will definitely read the next book for sure! 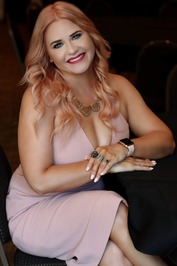 Shannon is a born and raised Texan. She grew up inventing clever stories, usually to get herself out of trouble. Her mother was not amused. In junior high, she began writing fractured fairy tales from the villain’s point of view and that was the moment she knew that she was going to use her powers for evil instead of good.

In 2003, she moved to Denver and met the love of her life. After some relentless stalking and a few well-timed sarcastic remarks, the man eventually gave in to her charms and wifed her so hard. They welcomed a son in 2007 that they named after their favorite Marvel superhero, Spiderman.

Sick of seeing beautiful mountains through their window every day, the three escaped back to the desolate landscape of the west Texas desert in 2009. She welcomed her second son not long after and soon realized that being surrounded by three men was nothing at all like she’d imagined in her fantasies.

After an unplanned surgery in 2014 and a long pity party, she decided to pen a novel about the worst thing that could happen to a person in order to cheer herself up. She’s twisted like that. Thus, From This Day Forward was born and the rest, as they say, is history.

One thought on “Operation Fit-ish (Operation #1), by Shannon Myers”