4 what a tangled web we weave stars!! 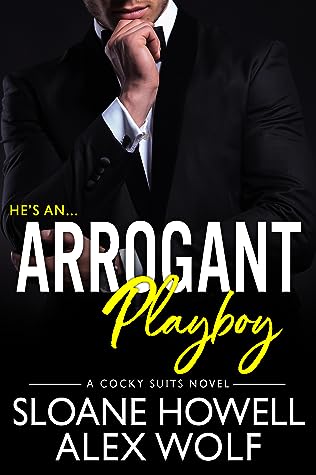 Oh, and there’s one other problem—they hate each other.

The last thing he expected to see when he walked into the office was Paisley Williams.

She was the only person to graduate ahead of him at Columbia. The one woman who could give it back better than he could dish it out.

She was also the biggest regret of his life. What he did to her was unforgivable.

Now, she’s back in Chicago, working at his firm.

When old feelings interfere, stakes get raised, and secrets are revealed…

Will they have a shot at making it the second time around? Or are they more doomed than the first?

Donovan was not quite the ass hat everyone believed him to be was he?  Of course he couldn’t go on being the evil brother otherwise there wouldn’t have been much character development.   He wasn’t my favorite brother but that doesn’t mean he wasn’t a good brother.  I really enjoyed his coming together with Tate in this book, it was something quite unexpected but really nice.  I don’t think his reason for leaving Paisley behind in college were quite good enough, but I get it in a weird way.  I loved how he loved Paisley when she came back, dove in head first she is it for him.  Not so much that he decided that they were gonna start a family but everything else was great. (the family thing goes both ways)

Paisley was a character that I had rough time connecting too.  She was so wishy washy the whole book, was she in, was she out.  Her relationship with her grandparents was adorable.  If she really was this no holds barred lawyer like Tate I wanted to see that, but I didn’t even get a glimpse of that in this book.  She just felt to indecisive for me, not enough backbone.  When you get to the end you see why she had some of the conflict but why not stand up for yourself.

I wish we would’ve had a little more brother bonding in this book than we did, I know there was an epic scene but I wanted some comrade somewhere in between.  The girls seem to have it in spades and they are not even blood related. I know this review seems like I didn’t like the book when I actually did really enjoy this book.  I probably just put it on such a high pedestal it would obviously get knocked down a peg or two. This whole series was amazing. I cannot wait to see what this duo comes out with next.

Alex hails from the Midwest and currently resides in New Orleans.

He enjoys writing steamy romance but more importantly he enjoys the “research” required to produce the steamy scenes. If you like filthy-mouthed, possessive alpha heroes and steamy romance, you’ve come to the right place! 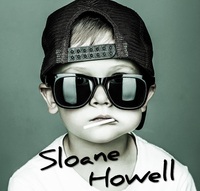 Sloane Howell lives in the Midwest United States and writes hot romance stories. A former college baseball player turned author, when not reading or writing he enjoys hanging out with his family, watching sports, playing with the dogs, traveling, and engaging his readers on social media. You can almost always catch him goofing off on Facebook or Twitter and trying to convince Mrs. Howell that it is “work”

One thought on “Arrogant Playboy (Cocky Suits #4), by Sloane Howell and Alex Wolf”